Skip to main content
Home Being Passionate About Passion Week 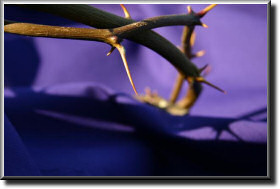 Being Passionate About Passion Week

“And they that went before, and they that followed, cried, saying, Hosanna; Blessed is he that cometh in the name of the Lord” Mark 11:9 (KJV)

Oh, how the people that lived during the time Jesus did wanted a King. After all, for three years now he had walked through their towns and villages healing people, touching their lives in unusual ways. Just think of all the mighty acts the folks had seen Jesus perform. He had even calmed the raging sea. He walked on the water of the sea. He spoke with authority, knowing the Scriptures well.

What a King Jesus would be! He would be able to break the Roman rule over them. He could free them, provide for them, even feed them. They had seen him feed thousands from very little food.

So when Jesus came into Jerusalem that day, riding on a donkey, they shouted, they cheered. They went before him and behind him, hailing him as King.

Because we live 2000 years following these events, we see the events in light of the cross. We know Jesus never intended to be the earthly king, to free the people from enslavement by the Romans.

However, a truth remains in this Scripture that affects each of us. Many times in our lives, we see Jesus one way when He ministers to us in a different way. We see Him as able to fix a problem when He wants to be Strength in the problem. We want Him to take away the grief when He wants to be Comfort in our grief.

If we do not continue to trust that God’s ways are higher and more wonderful that our ways, we can become bitter that our wants are not met by Him. Our cheers can turn to jeers just as during the last week of Jesus’ earthly pilgrimage “Hosanna” turned to “Crucify.”